Nicolas Hubert originally studied Fine Arts at the École Supérieure des Beaux-Arts of Le Mans. In 1996, he obtained the Diplôme National Supérieur d’Expression Plastique (DNSEP). Also a percussionist in a rock band, it was whilst on stage that he was discovered by the choreographer Marie Lenfant, who integrated him into her dance company. He participated in seven of her productions from 1996 to 2002. He went on to dance with other companies in France and abroad (including Cie Linga, Cie Pascoli, Cie Hervé Koubi…), and participated in improvisation performances as part of the Container project (2003 > 2009) with the non-profit organization Transition (Patricia Kuypers et Franck Beaubois). In 2006, he joined the Company Michèle Noiret in Brussels (for the creation of Les Arpenteurs, in collaboration with the Percussions de Strasbourg). He later joined the Centre Chorégraphique National of Le Havre with Hervé Robbe for the creation of Next Days in 2009. He also devotes himself to teaching. In 2006, he obtained the Diplôme d’Etat as a teacher of contemporary dance and he teaches within various institutions including the CND of Lyon the CCN of Grenoble, and the CCN of Rillieux La Pape. 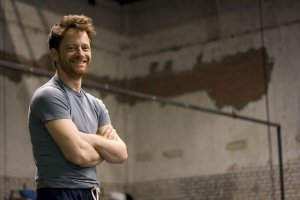 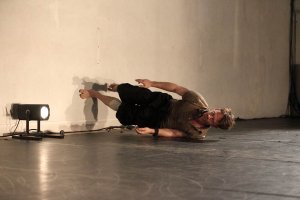